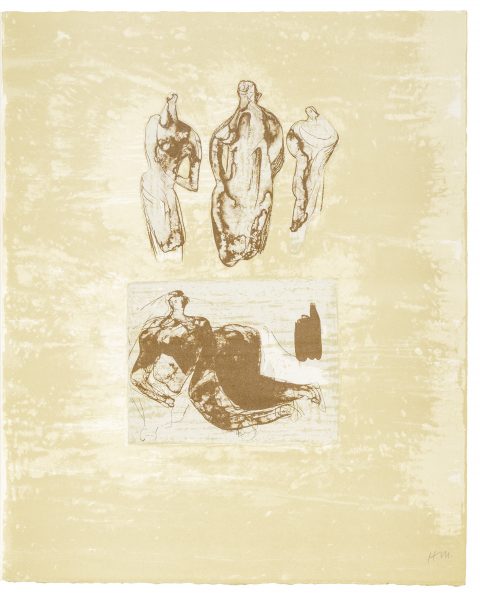 Henry Moore (1898 – 1986) is one of the most significant Modern British artists. He was mainly known as a sculptor whose organically shaped, semi-abstract and often monumental bronze and stone figures made him one of the most important sculptors of the twentieth century and has made a lasting impact on this medium. He was also a prolific draftsman and printmaker, conveying these sculptural forms onto paper. This month’s online exhibition explores the graphic side of Moore’s practice and provides an insight into his connection with the literary world. 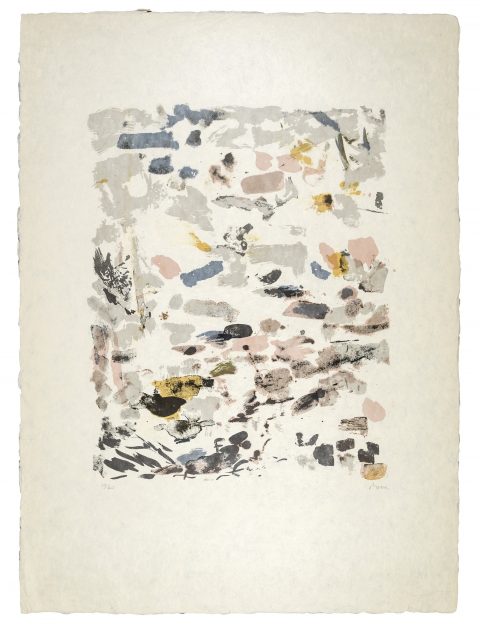 The works in our presentation focus on lithographic prints created for La Poésie (Poetry) that were made between 1973-76. Moore was invited to illustrate a group of French poets selected by the French President at the time, Georges Pompidou. This would be one of the last artistic projects that Pompidou would be involved in, as he would reach the end of his life in the spring of 1974. The poets selected included the literary greats including Racine, Gérard de Nerval, Victor Hugo, Charles Baudelaire, Stéphane Mallarmé and Paul Valéry. The idea was to develop illustrations that resonated with the literary quotations chosen. Moore had a head start, by creating images first, as the texts were later in arriving than expected. Themes that he had visited in his previous prints such as sculptural and stone forms, standing and reclining figures would recur. The tonality and colour palette used for La Poésie have a slightly dream-like atmosphere and delicate quality, with the forms and figures given generous space.