In addition to his bold innovations in painting and sculpture, Henri Matisse (1869 – 1954) recognised the expressive potential of printmaking, and over the course of his career, he created a large body of graphic works that both informed and re-articulated themes he explored in other mediums. He also produced several extraordinary artist’s books.

Jazz was pivotal in Matisse’s transition from oil painting to the cut-out collages that dominated the last decade of his life. Bedridden during a prolonged convalescence following a serious operation in 1941, Matisse began to consider further the possibilities that “painting with scissors” offered—an experiment that endured for the last decade of Matisse’s life. The illustrations in Jazz derive from maquettes of cut and pasted coloured papers which were printed using the stencil technique, pochoir. We are thrilled to present an online exhibition of this seminal portfolio. 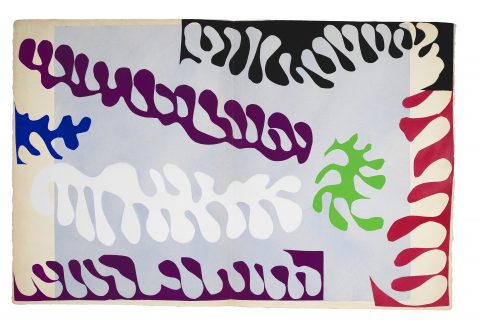 Matisse famously described his cut-out approach as, ‘drawing with scissors’ – which allowed him he explained, to link ‘line with colour, contour with surface’ of ‘cutting directly into vivid colour’, reminding him of the direct carving of sculptors.  In these terms, the cut-outs did seem to solve the conundrum Matisse had faced throughout his career: the tension between drawing and colour.  By cutting directly into the coloured paper ‘the contour of a shape and its internal area were formed simultaneously’, offering a solution to what had always seemed a challenging impasse’.

Such possibilities became clear to Matisse whilst work on Jazz, his first sustained cut-out project. He had used cut paper before in ballet projects but it was in Jazz that a process for expediency became what Matisse called ‘a cut-out operation’. 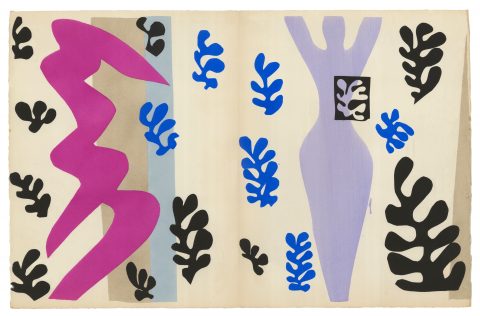 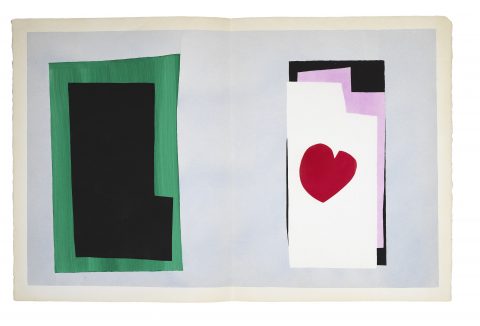