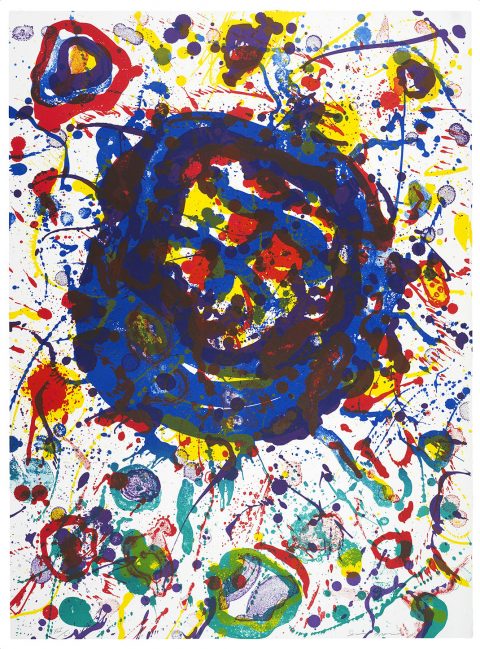 This winter we are excited to exhibit Sam Francis: Poèmes dans le Ciel (Poems in the Sky) a portfolio of six prints from 1986.

Sam Francis took up lithography in 1960 and it became an important aspect of his artistic practice. In 1970 he established a workshop called the Litho Shop to print and publish his own lithographs. This portfolio of six prints were produced by Francis to accompany a text by the French art critic Michel Waldberg. He drew directly onto six plates and printed them in yellow, red, green, purple, ultramarine, dark blue and black.

The works will be displayed in the gallery and there will be an online viewing room to accompany the exhibition which runs from 17th January – 21st February.