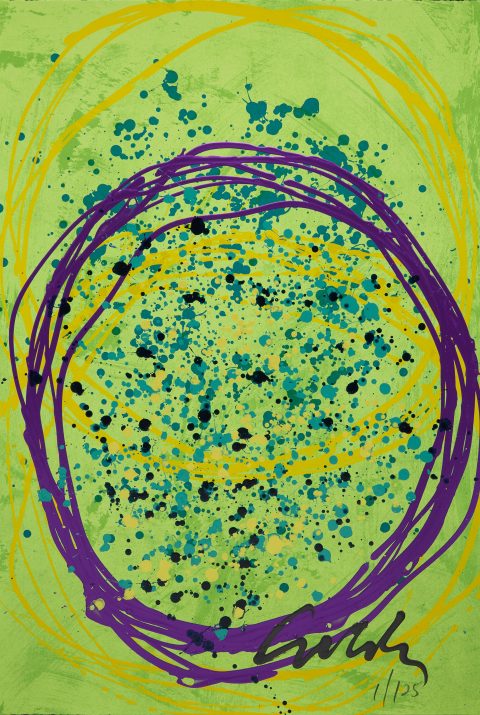 Link to virtual tour of exhibition

In 1968, after receiving a Fulbright Fellowship, he went to work at the Venini glass factory in Venice. There he observed the team approach to blowing glass, which is critical to the way he works today. In 1971, Chihuly co-founded Pilchuck Glass School in Washington State. With this international glass centre, Chihuly has led the avant-garde in the development of glass as a fine art.

His work is included in more than 200 museum collections worldwide. He has been the recipient of many awards, including two fellowships from the National Endowment for the Arts and thirteen honorary doctorates.

“Printmaking is another type of creative expression for me. I have always liked artists’ prints, and I enjoy the process.”

In 2000, Chihuly presented an ambitious exhibition, Chihuly in the Light of Jerusalem; more than 1 million visitors attended the Tower of David Museum to view his installations. In 2001, the Victoria and Albert Museum in London curated the exhibition Chihuly at the V&A. His lifelong fascination for glasshouses has grown into a series of exhibitions within botanical settings. The Garden Cycle began in 2001 at the Garfield Park Conservatory, Chicago, and continued at several locations, among them the Royal Botanic Gardens, Kew, near London, in 2005 and 2019, and the New York Botanical Garden, Bronx, in 2006 and again in 2017.

“Energy seeks an outlet. I love to draw, as it is an active and expressive process for me.” 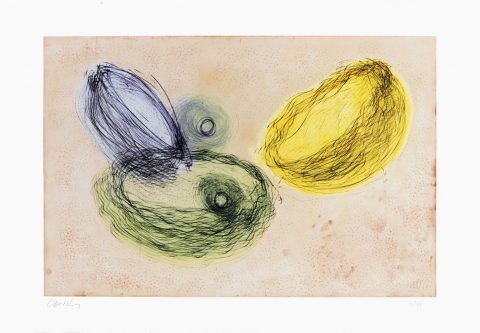 Meanwhile, Chihuly has exhibited at other venues as well, including the de Young Museum, San Francisco, in 2008; the Museum of Fine Arts, Boston, in 2011; the Virginia Museum of Fine Arts, Richmond, in 2012; the Montreal Museum of Fine Arts, in 2013; the Royal Ontario Museum, Toronto, in 2016; the Crystal Bridges Museum of American Art, Bentonville, Arkansas, in 2017; and Groninger Museum, Groningen, the Netherlands, in 2018. Chihuly Garden and Glass, a major long-term exhibition, opened in Seattle in 2012.

Sims Reed Gallery is honoured to present Chihuly’s prints and original works on paper in Chihuly this spring.